Southern USA Horsemanship Tour Including Road To The Horse in Kentucky

The United States is home to some of the most exciting horsemanship events and ranches in the world. And two of the best places to experience them are Kentucky and Dallas.

Quadrant Australia is excited to offer an amazing horsemanship tour of these Southern U.S. states. The main event is the Road to the Horse, an incredibly entertaining and educational annual event taking place in Louisville, Kentucky - but we’ll also visit ranches, thoroughbred studs, a rodeo and get a deep dive into the local culture and history.

Come and join us on this 14 day escorted tour departing March 18th.
Here are the highlights of our two-week itinerary:

On our first day in the States, we’ll visit the legendary Kentucky Horse 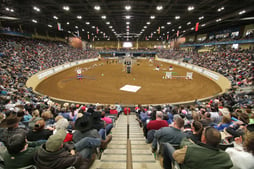 Park in Lexington. This incredible park has been a home for horses since the 18th century. It’s one of the richest sources of U.S. equine history, education and entertainment.

The 12,000-acre park features up to 50 breeds of horses at work and play. You can take a horse-drawn tour around the park and see the International Museum of the Horse, the Hall of Champions and a variety of other museums, shows and displays.

Road to the Horse

The same afternoon, we’ll head to the Kentucky Alltech Arena for the commencement of the Road to the Horse event - where we’ll be spending the next three days.

Road to the Horse has been an annual event in the U.S. since 2003. It strives to entertain and educate fans in the art

and sport of natural horsemanship. Three of the world’s best equestrians are challenged to build a partnership with an untrained three-year-old American Quarter Horse over three days of energetic competition. The winner receives a $100,000 purse along with horsemanship’s most coveted title.

We’ll get to attend all three days of the competition, as well as some exclusive behind-the-scenes time with host Dan James and a meet and greet with the stars and special guests.

After the competition, we’ll get to experience some of the local history and heritage. We’ll start with a tour of the historic Four Roses Kentucky Bourbon Distillery.

The company was founded in the late 19th century and has been a part of the local culture ever since. The distillery was built in 1910 in Spanish Mission-style architecture and has been listed on the National Register of Historic Places.

We’ll get to see the distillery, learn about its history and explore the new buildings and equipment added in 2019 as a part of a $55 million expansion project.

After the tour, we’ll head over to visit a famous Bluegrass Kentucky Thoroughbred Stud and learn about the history of the world-renowned Bluegrass country.

On day seven, we’ll head to the heart of Kentucky Bluegrass to the Dan and Elizabeth James Australian Equine Performance Center. Dan James is one half of the internationally acclaimed Double Dans Horsemanship. He is a two time international World Champion Colt Starter and multiple time Freestyle Reining Champion.

The Australian Equine Performance Center is a family-owned and operated farm offering training, lessons and clinics for all levels and disciplines of horse and rider. They also have layovers and event venue rental space available. We’ll get to tour these amazing facilities and get an intimate behind the scenes look at the operation.

Afterwards, we’ll enjoy an American-style lunch followed by another stud visit before heading back for the night.

On day eight, we fly from Lexington to Dallas - the core of the largest metropolitan area in the Southern United States and the fifth most diverse city in the nation. We’ll get an orientation tour of the city and see what makes this city so incredible.

At night, we have tickets to Billy Bob’s Texas - The World’s Largest Honky Tonk. For nearly four decades, Billy Bob’s has hosted the biggest stars in country and rock music. It’s been named  “Country Music Club of the Year” 12 times by the Academy of Country Music and the Country Music Association. 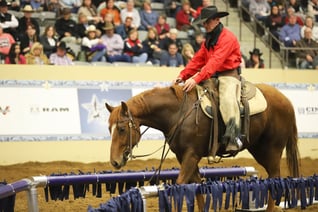 The next day we’ll head to Mineral Wells to visit the world-famous Chris Cox Ranch. Raised in Australia, Chris Cox has

become a superstar horseman in the U.S. He is a four-time undefeated world champion of Road to the Horse, reserve champion of the Perry Dilorreto Invitational team roping, cost starting champion of Equine Experience, recipient of the Monty Roberts Equitarian of the Year award and a competitor and breeder in the National Cutting Horse Association.

On day ten we’ll travel to the historic Fort Worth Stockyards district. For nearly 100 years, the Stockyards was one of the main parts of the cattle industry, providing an organised place where cattle, sheep, and hogs could be bought, sold and slaughtered.

Now, the Stockyards are a vibrant entertainment and shopping hub. We’ll get to witness the daily cattle drive and enjoy the local history and culture.